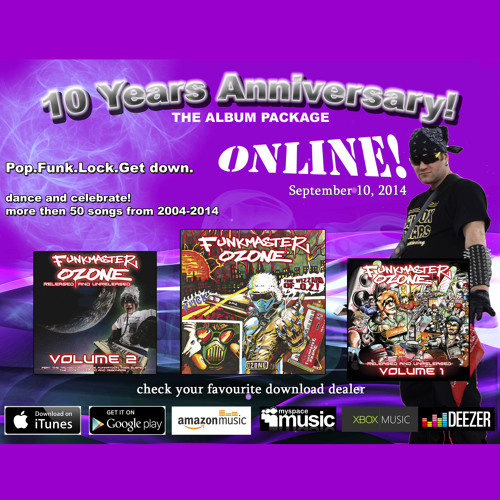 About Music Latte 2014 (Live) Album. Music Latte 2014 (Live) is a Punjabi,Urdu,English,Farsi album released on 14 Jan 2020. Music Latte 2014 (Live) Album has 8 songs sung by Symt, 4 Paee, QB. Listen to all songs in high quality & download Music Latte 2014 (Live) songs on Gaana.com. 31 December 2014 The Top 100 biggest songs of 2014 on the Official Chart Pharrell Williams, Clean Bandit and John Legend dominate the year-end Official Singles Chart of 2014. Why They Rule: These two songs are my songs for the summer because they take me back to the 90’s New Orleans rap music scene. Passive Casanova is a laid back, cruising type of record, and 'Let. New Hindi Songs Download 2021. Some new songs and albums fly under the radar, so it is too easy for casual fans to miss them. Have you added some new Hindi songs to your favorite playlist this year? No idea about what songs to add to the playlist? Well, don't bother to search for new Hindi songs. We've made a list of the new Hindi songs 2021 as.

K-pop fans may remember 2014 as a dramatic, and at times heartbreaking, year. Members left groups fans envisioned them in for years, tragedy struck the live scene and the dark sides of the industry were brought to light in the wake of mourning one of the scene’s most promising acts. But there’s a shining light when fans recall what first attracted them to K-pop — the music.

Drama aside, South Korean music remained stronger than ever this year with everyone from domestic legends to adorable newcomers all proving that they had something to offer our ears. Like in 2012 and 2013, the Billboard staff once again sifted through the charts and beyond to bring the 20 songs that break language barriers, push conventional music boundaries and best highlight all the K-pop scene has to offer. (And see our list of the 10 best K-pop albums here.)

20. Apink – “Luv”
The sweet girl group’s latest single keeps their signature bright melodies, but adds a drop of melancholy in their voices as they long for a lost love. The complexity of the track is upped with its peppy, bubblegum-pop production at times waxing nostalgic on ’90s hip-hop tracks — think early hits by Will Smith and TLC.

19. Akdong Musician – “200%”
Power rookie duo Akdong Musician’s bouncy, folk-inspired, pop-rap debut was an enormous chart success. Even as newcomers, the brother-sister duo’s froth and lighthearted innocence on top of their can’t-look-away talent displayed in “200%” helped them land accolades and a growing fanbase.

18. Girls’ Generation – “Mr.Mr.”
The phenom’s slick, R&B-pop confection stealthily grows second by second with more embellishments, ad libs and clapping on each section. While it’s not nearly as sonically jarring as brilliant 2013 single “I Got a Boy,” the outfit’s latest is still infused with musical subtleties, they’re just baked deeper inside.

17. B1A4 – “Lonely”
B1A4’s “Lonely” is a R&B/hip-hop ballad where the boys rap and croon over a subdued emotional melody. With a fascinating mix of ’80s synths and Southern hip-hop styling, the melancholic track became one of the rising male act’s biggest hits.

16. Girl’s Day – “Something”
Riding high on the success of their 2013 smash hits, “Expectation” and “Female President,” Girl’s Day released its sexy, disco-inspired pop piece “Something” earlier this year. It quickly raised the quartet to prominence, helping them becoming one of the most successful female K-pop groups of 2014.

15. Park Hyo Shin – “Wild Flower”
After years on hiatus, Park Hyo Shin exploded back into the scene with “Wild Flower.” For the wound-licking ballad, Park employs his powerful vocals with tantalizing sincerity over a lavish 50-piece orchestra to tell a story of one surviving through struggles.

14. 15& – “Can’t Hide It”
The teenage vocal duo proves that less in more with this slick, ’90s R&B-inspired single that keeps the production simple and lets the girls’ voices take the spotlight.
13. Loco Featuring Jay Park – “Thinking ‘Bout You”
A buzz track off Loco’s latest EP Locomotive, the addictive, ratchet banger is competitive with today’s biggest hip-hop hits with its head-bopping brass beats and cowbell elements — all topped off with Jay’s elastic vocals and ad-libs.
12. Orange Caramel – “Catallena”
Quite possibly the oddest track of the year, the quirky trio’s hit combined a Bollywood-inspired disco beat, Pakistani folk song, Nile Rodgers-esque guitar work, melodious baby coos and a renouncement of K-pop’s heteronormative lyrics. It shouldn’t work — and, at first listen, it’s rather jarring — but somehow it all combines to one of the one of the year’s most genius releases.
11. MC the Max – “Wind That Blows”
“Wind That Blows,” is a classic, all-consuming rock ballad that devours a K-pop listener on first listen. Vocalist LSU’s explosive, aching vocals over the dramatic production soared straight into the hearts of music fans this year for the best ballad of 2014.
10. SISTAR – “Touch My Body”
The most accessible tune to come out of Korea this year, this sexy, sassy jam hit on all of pop’s music’s trend notes (there’s loads of saxophone) for a summer anthem that didn’t lose its sparkle as the weather grew colder.
9. Dynamic Duo & DJ Premier – “Animal”
After 15 years on the scene, hip-hop heavyweights Dynamic Duo made yet another game-changing move by releasing a collaboration album with legendary producer DJ Premier, aptly titled A Giant Step. On the standout single “Animal,” Dynamic Duo brings their immaculate rhyming over Preemo’s lyrical scratches and aggressive loops.

7. INFINITE – “Back”
“Back” opens with ballad-style piano as harps, 808s and siren-like synths are added to this slow-burning sonic mix. The beat drops and the single takes a drastic, energetic turn as synth-heavy breakdowns are infused with orchestral strings (best heard at the 2:23 mark) as if the seemingly disparate parts are working in tandem to be heard as one collective sound.

6. Nell – “Four Times Around the Sun”
This track is an exciting display of Nell vocalist/composer Kim Jong Wan’s knack for sophisticated songwriting. He uses force of gravity as a metaphor to describe one’s inability to forget past love over a soundscape of driving drums, luscious guitar strums and lively piano chords.
5. San E & Raina – “A Midsummer Night’s Sweetness”
Duets between hip-hop stars and K-pop idol sweethearts were a major trend this year, but none hit the mark as well as San E alongside Raina of After School. The two bounced off each other’s energy as the girl-group diva added harmonies to San E’s verses while the rapper ad-libbed on her unforgettable, hook-laden choruses.

4. TVXQ! – “Something”
With a big-band concept in tow, TVXQ! celebrated their 10th year on the K-pop scene with a swing-pop track to help make this the most sophisticated release of the year. Yunho and Changmin bring their signature energy and harmonies to the game, but the unexpected bebop break and jiving breakdown boasting Jimi Hendrix-esque guitar show the veterans still have more than enough tricks up their sleeves.

3. G-Dragon & Taeyang – “Good Boy”
G-Dragon and Taeyang‘s collaborative effort, a trap-inflected banger with heavy bass and pulsating synths, is 2014’s most addictive single and guaranteed to be a new club anthem. The song structure is familiar and accessible, but the BIGBANG boys blur the line of rapping and singing as the guys trade off lines. GD x Taeyang hardly feels like a collaboration, but more like a cohesive artist.

2. Seo Taiji & IU – “Sogyeokdong”
Both the Korean rock legend and K-pop sweetheart dove into new sonic territory with this synth-pop spectacular. In a complex combination of sounds and emotions, IU’s melancholy coos and honeyed harmonies detail South Korea’s dictatorship days in the ’80s amid Seo Taiji’s symphonic storm of crunchy synthesizers. There’s a lovely dreaminess to the track, but there’s also a dark history in the lyrics and instrument choices.

1. Beast – “Good Luck”
From big band to EDM to ’80s synth-pop, some of the best K-pop songs of the year came from honing in on and perfecting a particular concept. But by pulling fresh music inspirations while still retaining their band’s signature energy, Beast truly nailed it with this lovelorn breakup track that spans 360 degrees of entertainment and emotions.

Emotional piano lines and heartfelt croons evolve into fierce kiss-off lyrics over fizzy electronic production. Meanwhile, ominous cellos, sneering violins and other orchestral elements creep in before they’re trounced by throbbing EDM and trap beats as the guys showcase their singing, belting and rapping skills. There isn’t much more you could ask — or that could fit — in this meticulously put-together tour de force. 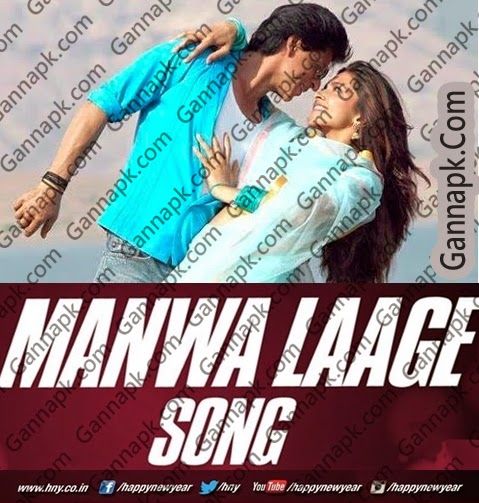 Crafted by member Junhyung and his longtime collaborator Kim Taejoo, “Good Luck” feels like the singer/rapper is truly at a point where he understands how to make his band’s dynamics shine while pushing himself to create bigger and better productions, undoubtedly a trend that will continue as Beast moves into the second half of their first decade together stronger than ever.

Get weekly rundowns straight to your inbox